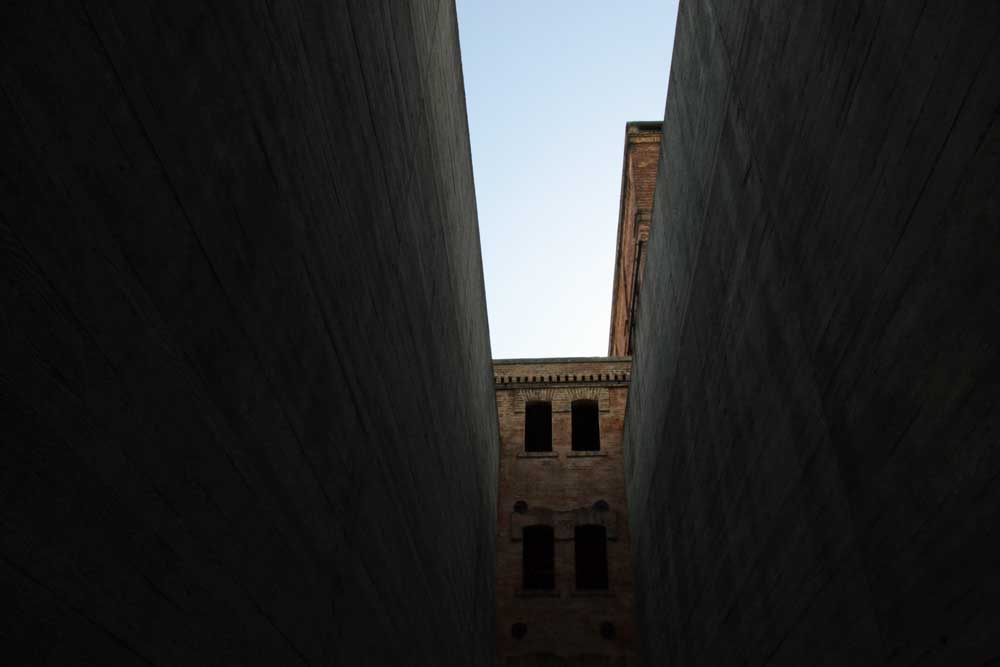 The memory plays strange tricks.
Often it omits things. Especially things that you do not want to remember. I have done just that. Although I have been to the San Sabba rice mill more than once, I have never remembered to — did I omit it?— write an article about this place of remembrance.
This dormant memory was awakened, maybe shaken by a gust of bora, the Triestine wind.
I returned to the San Sabba Rice Mill.
Among the ugly buildings of the bleak outskirts of the city, it stands out — high in the sky, its distinctive red-brick buildings.
Today the sky is a deep blue and bright, that color blue that you only get with the bora, that light which only exists in Trieste but does little to  brighten the spirits.
The San Sabba Rice Mill, which was repurposed to be used as barracks for the military was later sadly turned into a concentration camp — the only one in Italy with a crematorium— used by the German forces of ‘Adriatisches Küstenland (Adriatic Coast). Seeing it leaves you in stunned silence to think and to remember. The monument we see now is the work of the architect Romano Boico, who, in the ’70s redesigned the space. 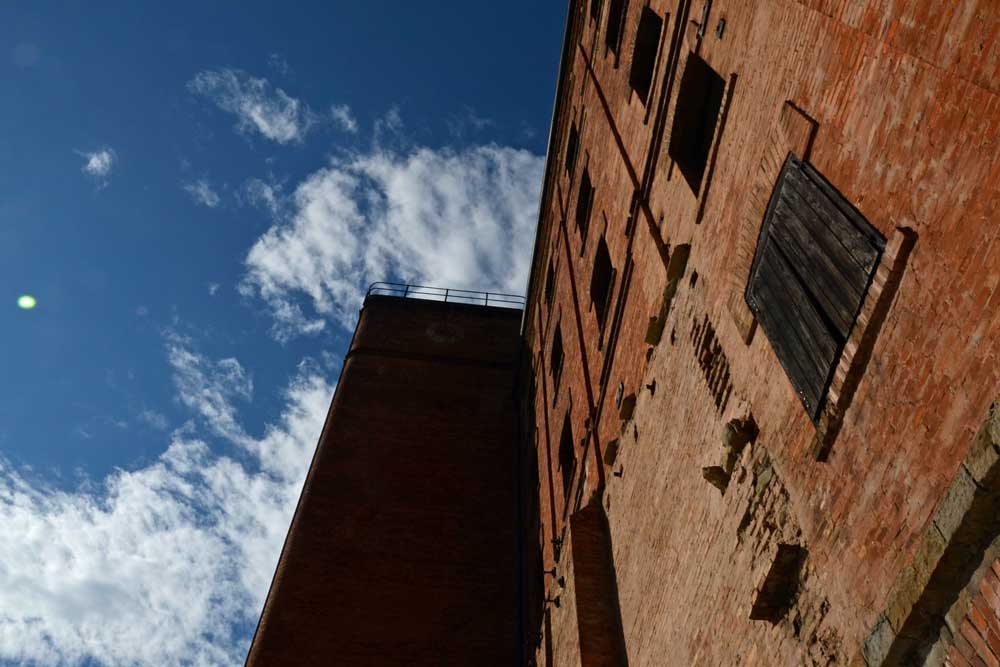 The deliberately unsettling entrance; the walled courtyard which represents an open-air basilica; the prisoners’ building —the so-called room of the crosses — completely empty; the “ death cells”   left completely unchanged; in the courtyard, the footprint of the oven, the smoke stack and the base of the chimney make Risiera an haunting place.
The words of the brave and patient docents who guide the many attentive and silent visiting students, repeat
the stories of the survivors of those who passed through San Sabba, those who in San Sabba lost their children … they tell of how music blared throughout the place to cover the screams and whimpers of those being led to their death.
The Rice Mill is also a museum. A museum entirely renovated and inaugurated this past January on the Day of Remembrance.
There are films, donated items and works of art by those who passed through and survived. I refer to the lithographs and etchings by Zoran Music, political deportee; to the pictures of John Hellers, a deserter to drawings of Nereo Laureni, prisoner of war. 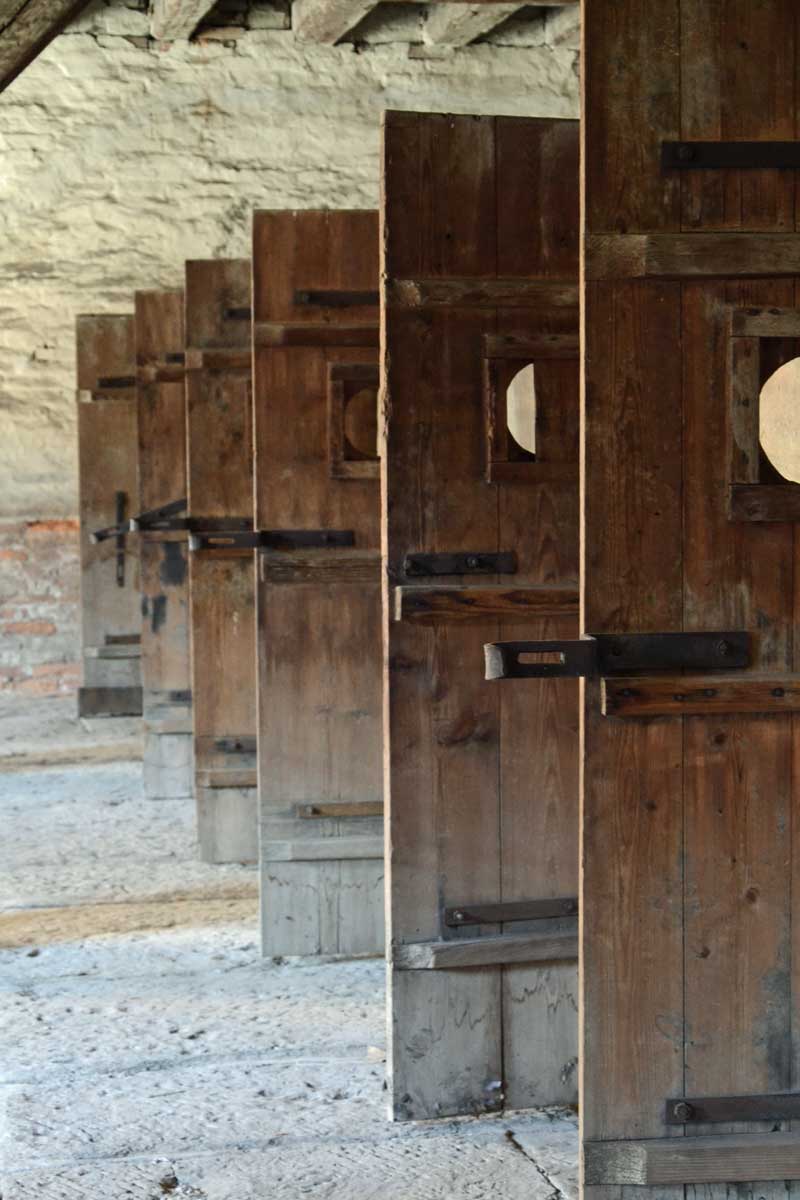 There would be so much more to say about Rice Mill: the story of Trieste which is intertwined with that of Europe; the private lives of Jews, civilians accused of collaborating with the resistance, partisans, mental hospital patients. The writings of the prisoners found on the walls have been transcribed in detail in the diaries of the eccentric Triestine collector Diego De Henriquez and are stored in the Museum of the same name…
But we leave to you the duty of a visit.
Not to forget. For my visit I rented the audio guide for the modest sum of €2. A guided tour can be  arranged by contacting the Educational Dept of the Municipality of Trieste.
Admission is free.
Il Museo della Risiera di San Sabba
via Palatucci, 5, Trieste
ph. 0039040826 202
risierasansabba@comune.trieste.it