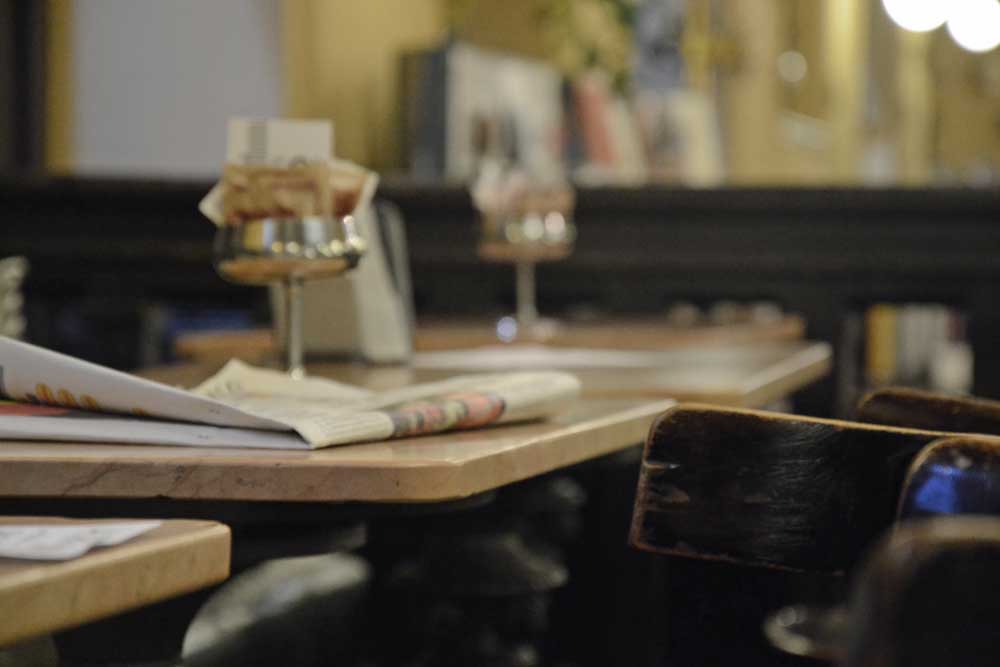 Entering Caffè San Marco  used to be like stepping into the past.
You’d walk in off of Via Battisti into a large space with dim lighting, high ceilings, iron and red marble tables and black lacquered chairs.
The large brass counter rendered opaque by the slow passage of time.
The newspapers held together, with light-colored wooden slats hung wearily from the hook on the wall. Patrons, bent over newspapers looking for some juicy news.
The white lace curtains used to be pulled down halfway to prevent the curious from peering in from the sidewalk.
There were scholars, writers (some more or less known) and several students; sitting there they are intent on a book, or a magazine, or some class handouts crumpled from all-nighters. 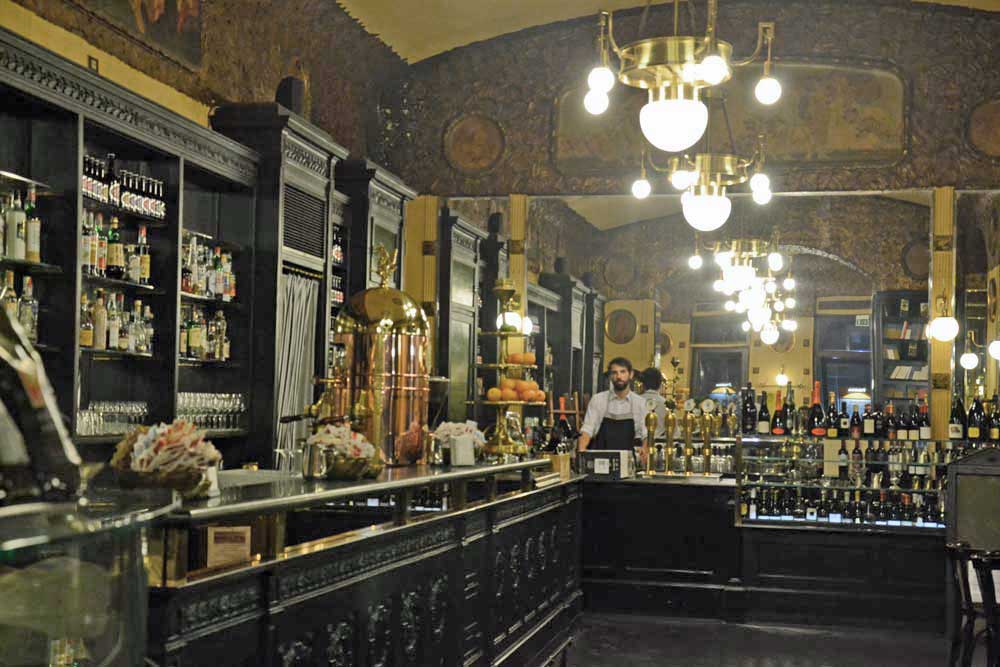 Often I thought that the importance of the scholar/author could be measured by the height of the stack of books next to him. One could also estimate the importance of the patron by the deference offered by the solitary waitress, no longer young, but not old, I would say almost timeless, a seraph with a white collar, wearing a taupe apron far below her knees which are trapped in thick tights.
She reminded me, with some horror, of my high school math teacher of many years ago.
She would constantly appear and disappear from behind the counter, bringing cups of tea, some espresso coffee and the capo in b͟, all Triestine specialties, to her customers.
It seemed, when entering this Caffè that you were diving into the heart of Central Europe.
We are in Trieste, but it could’ve been Vienna or Budapest.
Nowadays, when you come to San Marco, you are entering Europe. No longer, Mittel though.
Caffè San Marco has changed management and avoided certain closure and a few thingshave changed too: The lights are not so dim, the chairs of lacquered wood have been updated with contemporary striped cushions.
The curtains have disappeared and the curious glances of passers-by through the large windows are accompanied by the bright sunlight. 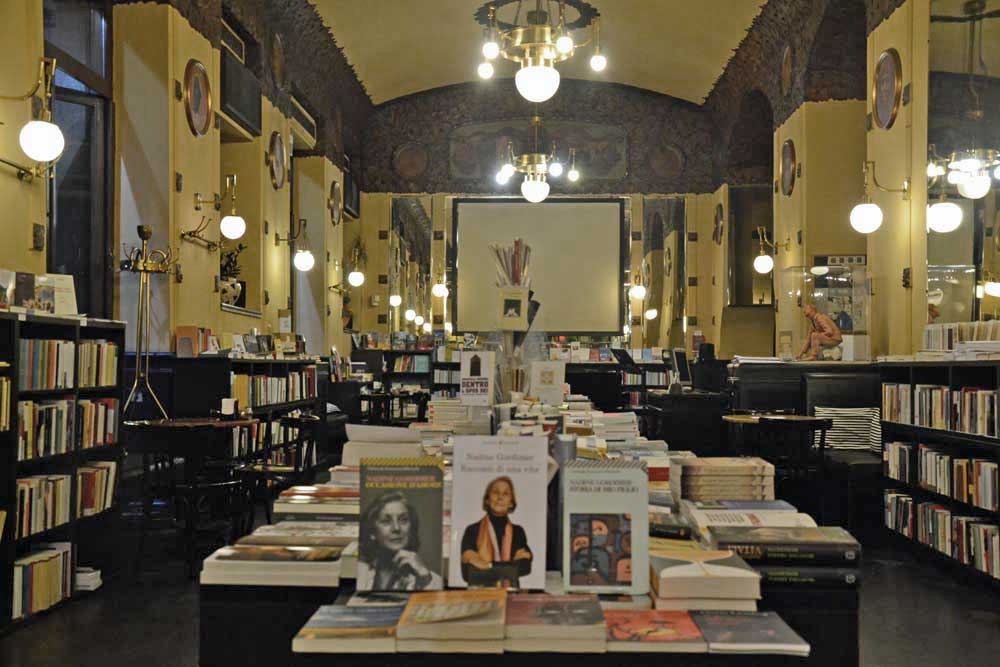 The room is crowded and on the tables, along with coffee or tea now served by young waiters and waitresses, are also pasta dishes, salads and enormous slices of cake.
The Caffè is bustling now with numerous patrons who come to read those newspapers that are still there hanging on the wall.
Writers, scholars and students mingle with curious tourists and I mix in with them.
When I am in Trieste, I am always eager to stop in…and not just for a coffee.
Now I come also for the books.
It is here that the most courageous and modern operation was launched –the introduction of a bookstore, entrusted to the experienced care of a good friend of mine Loriana Ursich.
I know her from when she worked at the Einaudi Bookstore of Via del Coroneo.
Loriana, not only suggests good reads, but here at Caffè San Marco she organizes book presentations, encounters with authors and actors from the near by Teatro Rossetti and bookclub meetings.
She also collaborates with the active circle of local readers _ Circolo dei lettori_ with whom she has brought about Triestebookfest, 3 weekends dedicated to new books and their authors.