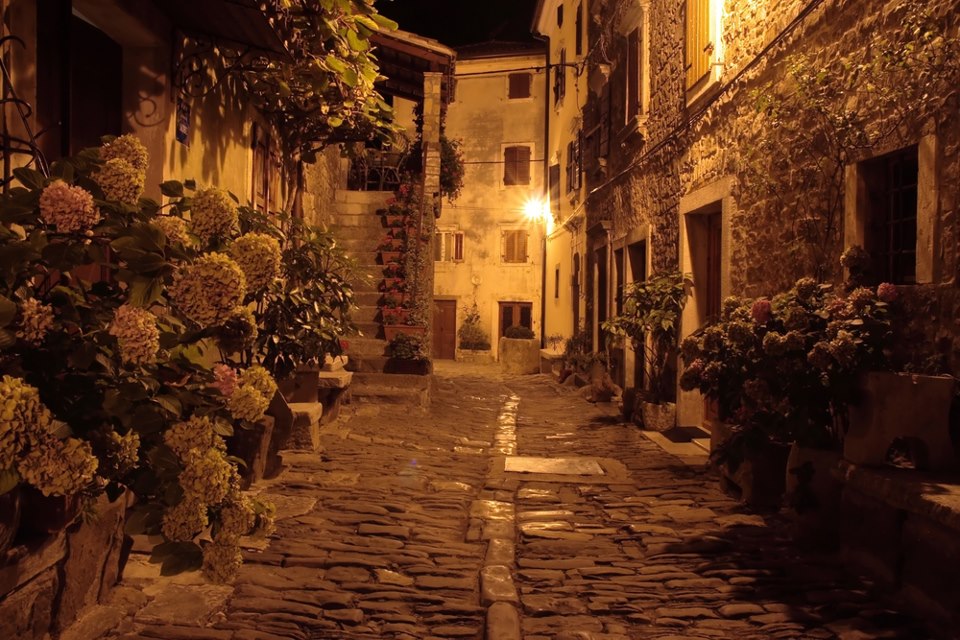 Croatian Istria hides many beautiful spots.
Some are more known than others and the choices are abundant. 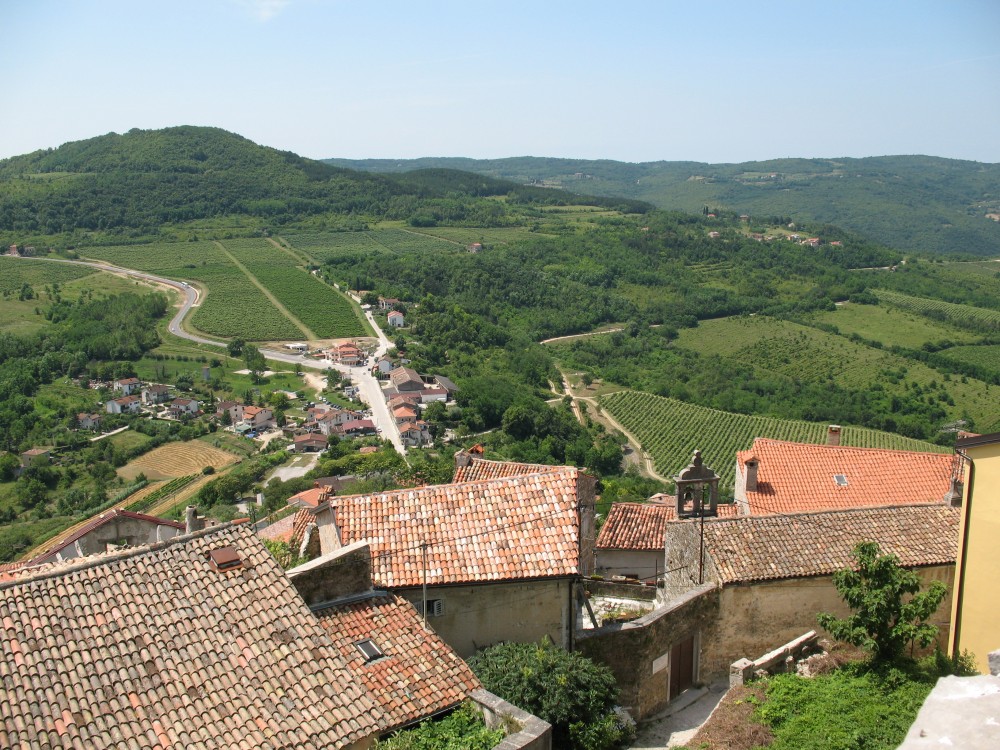 Two small towns of Motovun and Groznjan (Grisignana) are not necessarily one next to another, but they both allow for beautiful views of the Croatian Istria hills, covered by vineyards and forrest hiding delicious truffles (tartufi).
The two towns are about 20 km apart from each other, Groznjan being located a little closer to the main highway than Motovun. 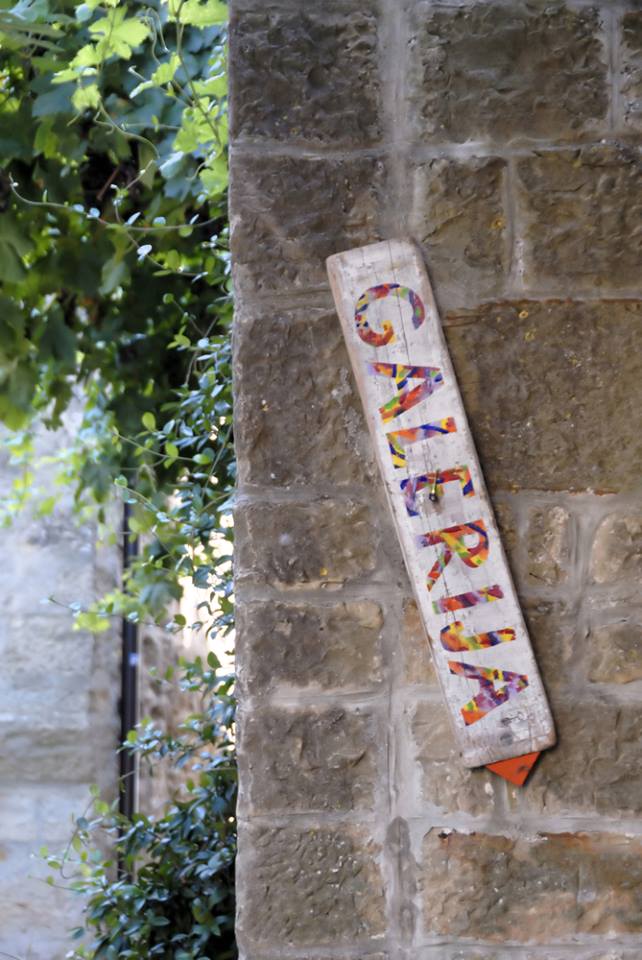 Groznjan is very artistic, full of small crafts and arts shops and known for its Jazz Festival starting in late July. 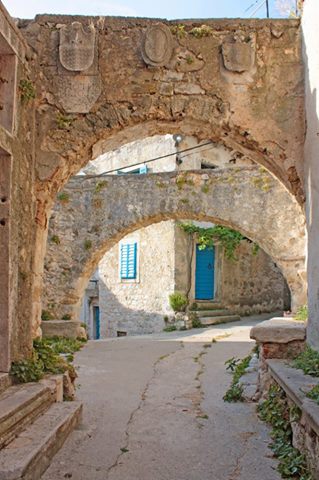 The name of the town of Motovun originates from Celtic word “montona” which stands for – “city in the mountains”. Motovun features a beautiful medieval bell tower and is known primarily for its dining and wining in the heart of Istria’s wine and truffle region, as well as the internationally recognized Motovun Film Festival, taking place in late July.